Find a penny, pick it up, all day long you’ll have good luck,” especially if you bring it in to Airport Plaza Jewelers THE KIOSK, where we buy rare and unusual pennies all the time.

By now, most of our customers here at Airport Plaza Jewelers know we buy coins at THE KIOSK. However, we’re not just coin dealers. We’re coin collectors, meaning we’re always looking for coins for Don’s personal collection.

The coins that we buy don’t have to be silver or gold because Don also buys high-grade Lincoln copper pennies.

Shown here is one of Don’s sheets of uncirculated pennies. Within the sheet is a beautiful 1931-S in uncirculated condition. Although typical coin dealers would probably pay between $75 and $100, Don has no trouble paying $150 in order to add this coin to his collection.

If you have rare Lincoln pennies such as the 1909-S, Don pays over $100 for that coin. If you have pennies such as the 1909-SVDB, the 14-D or the 31-S, Don pays hundreds of dollars to add those coins to his rare Lincoln penny collection. Many times our customers bring in booklets with rare coins. These books often preserve the condition of the coin, which can possibly add a premium value to the coins.

Several of our customers bring in a coffee can or jar of wheat pennies to THE KIOSK. Wheat pennies have little wheat stalks on the back. When wheat pennies originated, everyone saved them, hoping they’d be worth a lot of money some day. However, what everybody saved never became rare, so we all have wheat pennies laying around. Common wheat pennies however, are always worth more than one cent because of the copper in them.

Some customers have come into THE KIOSK believing they have silver pennies. However, these are the 1943 zinc-coated steel pennies that were made during World War II because copper was needed to make the shell casings for the G.I.’s. Although not worth as much as silver coins, these pennies are worth more than face value of a penny.

Another thing to keep in mind when dealing with coins is that there is a big difference between rare coins and old coins. If you have old coins at home, but are not sure if they are rare or valuable, bring them in to THE KIOSK. As collectors, we’re willing to step it up and pay the price that works for you. Just take the 33 East to Union Road and Airport Plaza Jewelers THE KIOSK. 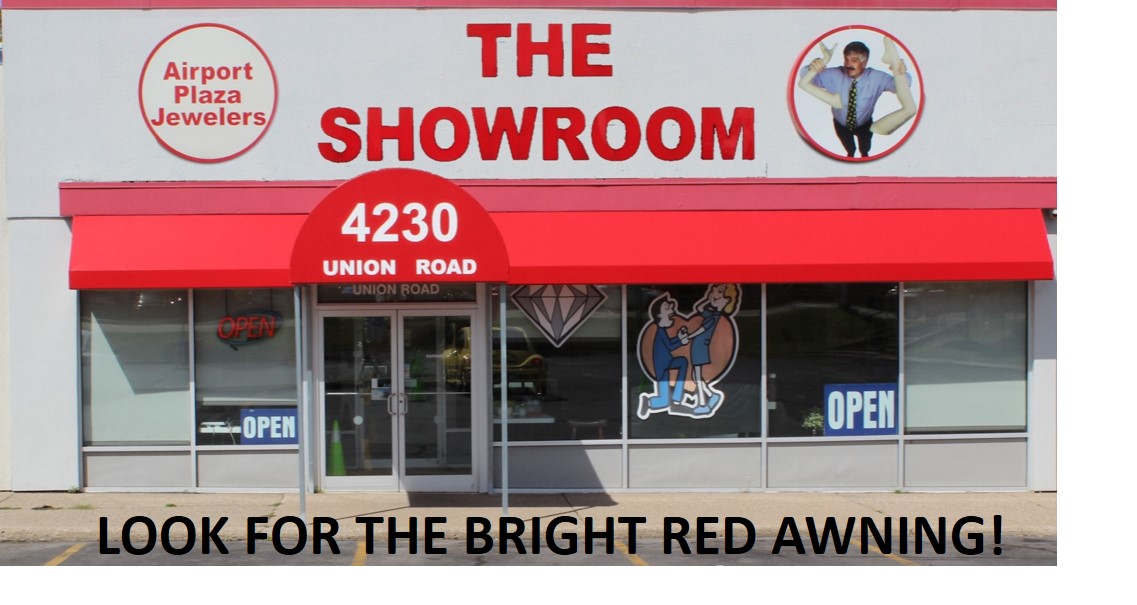